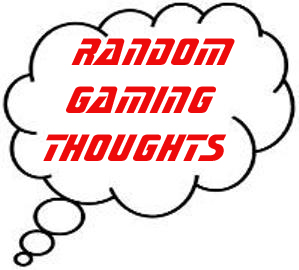 The Perfect Shooter
Shooters have become the most popular genre in gaming and have seen many sub classes through out its existence. For example you have first person shooters, third person shooters, space shooters, arcade shooters, and military shooters. Each sub class brings its own unique features to the genre. While these features are welcomed by some and shunned by others they have made for some interesting debates and game-play through out the years. I have been a fan of the genre since i was first introduced to it with Wolfenstien and Doom, and have watched how the genre has evolved for better or worse. We all know the world isn't perfect and there will never be a perfect game but that doesn't stop us from wanting and dreaming. This article is just that a dream I have had for the perfect shooter. Combining the good from different shooters throughout the years, and getting rid of what in my opinion is bad. 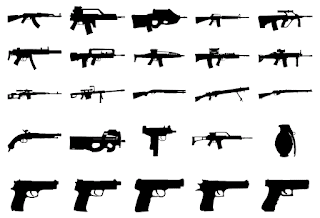 Well we cant have a shooter with out guns can we? I have always enjoyed shooters that have gave me a variety of guns to choose from and different variations of guns. So to take from a game that got this part right i would take the weapon selection of the Ghost Recon Franchise.  One great thing I noticed about this franchise is they give you the guns from the start. Each class has a good selection of guns to choose from.  You have a Recon set with guns with silencers on them. You have Assault with a good selection of assault rifles, Smg set, Sniper sets, and grenadier sets.  What I can't stand about the shooters of today is getting the game having a limited selection of guns and having to do stupid stuff just to unlock more guns just to find out the guns you already had where better. One game that I feel is notorious for that is the Cod franchise. That was one aspect of that game that I didn't particularly enjoy. 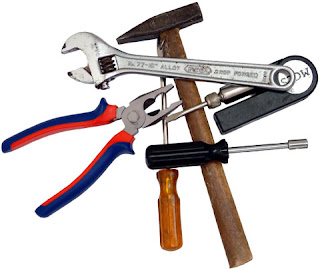 Tools in a shooter are very important. I feel that a good shooter will have the tools necessary to counter act certain situations in the game. For example if the enemy is using tear gas then im going to need the option for a gas mask.  If the enemy is using smoke or the map is dark then I'm going to need the option for thermal and night vision goggles. We will have to go back to another Tom Clancy franchise that got this right with the Rainbow Six Franchise.  Once again I have to go back to the Cod franchise with Black Ops that didn't get this right and had tear gas, and smoke but no way to counter it. So you had to wait till it settled or find another way to get through. This was something that was annoying to me esp when past shooters gave you the ability or at least one person on your teams ability to counteract this measure. 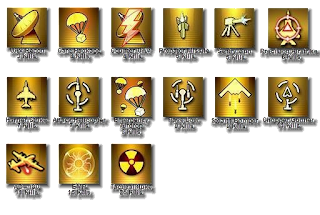 I like being rewarded for doing well in the games, and I like extra perks that help out in the field. But I like them at a limit to where it doesn't feel like I'm being cheap or where Im not doing the work. COD brought something to the table that was innovative to me and I feel where good features just implemented wrong.  Don't give me perks that will make me run super humanly fast, or perks that make me a bullet sponge. Well not in a military shooter that is supposed to be somewhat realistic. I have no prob with kill streaks but I just have a problem with how often they can be used. If i get a set amount of kills and earn a helicopter then i should only be able to use that once per match. This will not only eliminate coming into a match where you just have helicopter after helicopter shooting you and the guy who got it is just sitting in the corner laughing his ass off racking up kills for only getting 7 or 8 kills himself. It will also add to the strategic atmosphere. For example if i plant the bomb then i know I had that helicopter kill streak from earlier now would be a good time to use it and help me defend the bomb. Perks and kill streaks are cool just make them reasonable and not over the top. 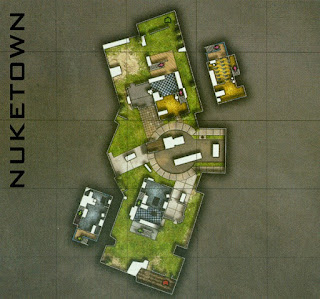 Maps are a key component in all shooters and maps can make or break a game. My ideal maps in shooters are a combination of indoor and outdoor maps. I like the openness of outdoor maps but feel they need indoor components as well. Battlefield games ESP bad company 2 utilize this concept well. They have big maps with buildings, streets, alleys, trees, fields, desert, and mountains. The only thing I didn't like about bfbc maps is not that they where big buy the fact that they had you spawn too far from the action. One feature that I would have in my perfect shooter would be map creation/editor. Two games that had this feature and IMO implemented I right where Far Cry and Halo 2/3. A map editor is something I feel is important because not only can it extend the life of a game but it can give users the power to make or change parts of the map to their liking. Map interactions is another key feature to maps that would have to be in my shooter. What I mean by this is like the destructible environments in BFBC2, or by pulling a lever or pushing a button you open sections of the map or give you access to a special spot or vehicle in the map.  Or just simple things like dropping a bridge or blowing up a section of a bridge.

In my perfect shooter I have to have squads. This has been done but what I want is more focus on the squad and not just put it in the game.  Right now games have squads but there is no consequences for not participating in the squad.  Every one is just running around doing what they want trying to boost up there k/d ratio. Mag tried to do something about this but I feel they didn't do enough to make players focus on the squad. I suggest making it where each squad has an objective and if said objective is not completed you get no points towards rank or unlocks. Another  suggestion is that if the objective is not completed of your team doesn't win the game your stats don't  get recorded. I know I'm going to get a lot of whining for that one but lets get one thing straight the object is to win the game not pad your personal stats. I feel personal stats belong in game modes like free for all.
Something else I would like implemented with squads is have a squad specific voice channel. Kill Zone 2 I feel did this very well. You had different squads per team and you could talk freely among your squad but had to push to talk or be in proximity to talk to the rest of the team. This will help out with coordination in attacking squad objectives and eliminate some of the problems with unnecessary mic chatter.

Miscellaneous Wants
Strat room or game mode. Games need a room or mode where you can bring a group of people in and look at over head maps and be able to strategize and practice those strategies. Also maybe have a brief moment before matches to look at the map and plot points of interest. I would prefer this then waiting in a lobby staring at names.

Bullet damage is another issue or want that I would like to see more of in shooters. Operation flash point implemented this feature very well and I feel didn't get the praise it deserved for bringing this realism to modern shooters. Where you get hit should count and effect your player. If you get hit in the leg, reduce mobility, if you get hit in the arms reduce aim, if you get hit chest (depending on how many shots) you reduce both mobility and aim, and of course head shots equal instant kill.
In conclusion shooters is a genre in gaming that I enjoy and take seriously and would like more people to show it more respect. Most people just dismiss shooters as all the same thing you just point and shoot and that's it. Its not only being thought but its reflecting in the way that people play the game.  I have found too many times where people will get in games and just worry about there stats and not the team, or complain about certain strategies (camping) and not utilize the tools given or cooperate with teammates to solve the situation. If I did anything with this wish list other then express my dreams for a perfect shooter, I hope that I showed you there is more to shooters then just pointing and shooting. I hope I showed you that team play is important, gun selection is important, and utilizing the tools given is key to winning games and not just k/d ratio. But just like this is a dream for a perfect shooter I guess that would be a dream too. Till next time this has been a Random Gaming Thought.