Zipper Known for its Socom franchise and new IP Mag has decided to test the waters on the PlayStation Vita. No stranger to mobile platforms having developed two of the three Socom games that were released on the previous platforms. This time around they are not making Socom but are sticking to the tactical shooting roots with its new IP Unit 13. Unit 13 follows 6 special force members as they take on missions to eliminate terrorist threats. Can Unit 13 live up to the legendary Zipper name and deliver what we all come to expect from them? Read or watch the video review to find out. 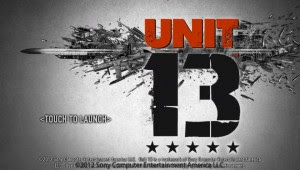 Some will be shocked to find out that in Unit 13 there is no single player campaign. Instead you have 4 mission types spread out across 35 missions. (more on mission types later). While I was disappointed in this I understand and respect the move to go in this direction. This is a handheld device and long have people complained about not wanting the full console exp on the handheld devices, and more pick up and go type of gaming. They delivered on this aspect very well. Each of the 35 missions are short to the point with no fluff. You can pick up a game start a mission beat it and then turn it off and continue on your way with out having to worry about where you are in a story. Some will not like this and I fully understand but still feel they handled this in a good way. 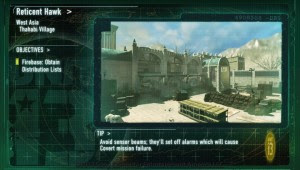 The controls in the game are in my opinion perfect. They make use of most of the new controls that the vita has to offer. With the Vita you have the addition of touch screens and the newly added dual analog sticks vs the nub of the old psp. You will walk and aim like any traditional shooter on today’s consoles, aiming and shooting with the L and R shoulder buttons. The arrow keys will serve as down for reloading, left and right to switch shoulders while aiming, and up to toggle scope mode. The face buttons are as follow, Triangle is used to switch between pistol and primary weapon, square is to melee, circle is to attach to cover, and you tap x to toggle sprint. In addition to these buttons you have the front touch screen to use as well. You will use this for different things. The bottom left of the screen is your tactical tools like grenades, flash bangs, smoke, c4, and claymores. You just tap that and it will deploy what ever you have equipped. On the bottom right of the screen you have your gun icon and instead of tapping down on the arrow keys you can tap this and it will reload your gun. Directly above this when aiming pops up a target reticule this is so you can swap between scope mode if you didn’t want to use the up button. Through out the game for different interactions there will be an icon that pops up on the center of the left or right hand side of the screen and you tap that to proceed with the interactions. Finally at the top left of the screen we have the map. When you touch this you can bring up the map to take a look at where objectives or enemies may be located. 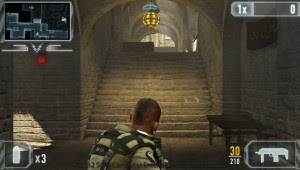 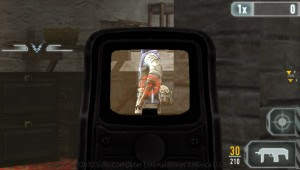 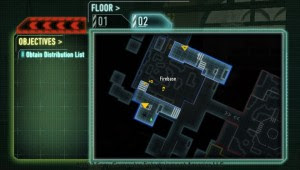 The gameplay in Unit 13 is highly addictive and enjoyable. As I said above there are 4 mission types spread out across 35 missions. Not having a story mode was a let down but after I got started playing the game I quickly didn’t care anymore. The 4 mission types are as follow you have Direct Action, Covert, Deadline, and Elite. Direct action is like a standard mission mode with different types of objectives that need to be collected or taken out. Covert is a mission type that requires you not to be detected at all. If you are detected you have to eliminate threats before they are able to sound alarms or alert other enemies. Deadline is timed objectives. You have a time limit to get objectives done as quickly as possible. Some levels will have time checkpoints that will increase your time as you complete objectives. Then we have Elite. Elite is like hard core mode. You have no health regeneration and no checkpoints like in the other game types. You will have one or two points in a mission where your health will come back but only at certain points in the game and they only do it once. You have the option to take on each of these game types and levels any way you want with the 6 operatives you have available. 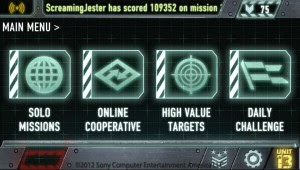 Each of the operatives have different skill sets that you can use to attack different objectives. You have Animal the commando who is basically your standard all round soldier. Chuckles the technician who has electronic awareness and is able to see enemies explosives that are laid out. Zues the point man armed with a shotgun and explosive resistance. Python the gunner armed with the lmgs. Ringo the infiltrator specialization in stealth and smgs. Alabama the marksman armed with claymores and sniper rifles. When you level up each soldier you not only unlock guns for your soldier but other perks such as improved reload, bonus points on certain actions, and more. You also will unlock the use of claymores , grenades, and scopes and other attachments for your other 5 soldiers. For instance getting to level 4 with Alabama the marksman will allow the team to use low variable scopes. Ringo reaches level 4 he is able to unlock low suppressor for the whole team. This alone provides plenty of gameplay and options to attack each mission differently. 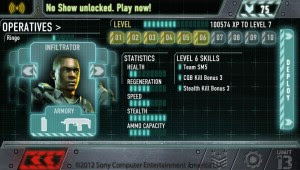 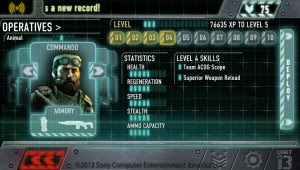 In addition to the 35 solo missions you have another mode called High Value Targets this will have you going on a man hunt to take down 9 high value targets. Daily challenge is just like it sounds a daily challenge mission that updates every 24 hours. You basically take on the world to try to get the highest score for the day. Do your best on these challenges because you only get once chance to attack it and post your score for that day. Finally we have coop. Coop lets you connect online and cooperatively take on all the game modes. This is a fun feature and adds to the gameplay. Being able to cooperatively take out these objectives gives each mission a new feel to it. Sadly and this is the only gripe other than no single player campaign is the lack of an adversarial multiplayer. I was very shocked and not happy to find out that they left this out the game. This is something that zipper is popular for and to not have it in the game is a big let down, as it would have also provide just that much more replay value for the game. Not to despair though the game still offers plenty to do and plenty to stay competitive about. All the things that you do in Unit 13 will net you points. Get a head shot get points, take an enemies out by melee get points, blow up multiple enemies get points, take out an objective get points, diffuse or blow an explosive get points. these points are then tallied up at the end of the match and posted on the leader boards. It brings back the old arcade feeling of try to beat my score. You can check the leader board in multiple ways. You can check it globally to see how you stack up against the world. You can check it via friends list to see if you are the best among your friends. Check it via region to see if you are the best in the US, UK etc. Finally you can check the leader board via near to see how you stack up to people playing near you. 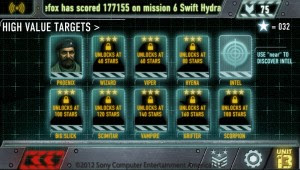 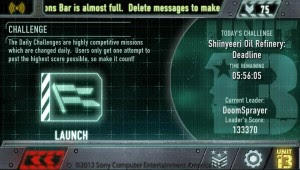 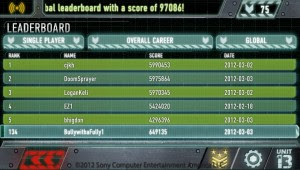 In conclusion Unit 13 provides plenty of action for a mobile hand held device. I like the mission types as well as 35 levels to play them. The coop is something that I find highly enjoyable and plan on spending lots of time on. The daily challenge and the high value target modes add to the content and provide plenty of entertainment by themselves. The game packs plenty of replay value with each of the missions being able to be tackled the way you want to tackle them. Add the leader boards and scoring for that old arcade feeling and you have just that much more to keep firing the game up for. I am disappointed in the absence of a single player campaign and the lack of adversarial multiplayer. While I can understand the reasoning for it I still feel let down esp since the games they released on the previous handheld had both. Lets hope for adversarial multiplayer in a dlc update! Even with these disappointments I feel the game plays excellent and packs plenty to do. The game still is worth every penny of its $40.00 price tag and I recommend if you are a tactical shooting fan to purchase this game. 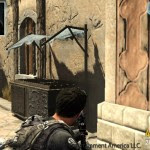 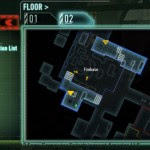 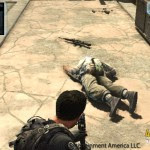 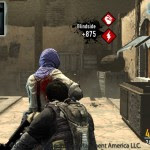 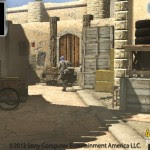