THE PATH OF THE WARRIOR OR THE DEMON? 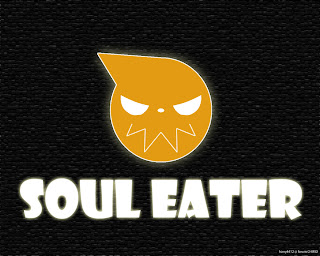 So this is probably old news to most anime fans, but being kinda new to culture I thought I would share something related to a series I just finished.  The series is Soul Eater. If you aren't familiar with the series its about students of the Death Weapon Miester Academy(grim reaper and scythe school)  who have to kill 99 evil humans and one witch to graduate from the academy. It's focus is primarily on the pair of students Maka and Soul. Maka being the miester and Soul a death scythe that can change into human form as they embark on their journey. So its a 4 season show that you can watch on Netflix if you are a member or become a member. SPOILER ALERT! SPOILER ALERT!

So the video is a couple clips I put together showing a scene with two of my favorite characters in the series. The scene involves BlackStar a Death Miester, and Mifune a Samurai. Mifune asks BlackStar what path will he take, the path of the warrior or the path of the demon.
Posted by Jon Shaw at 10:22 AM