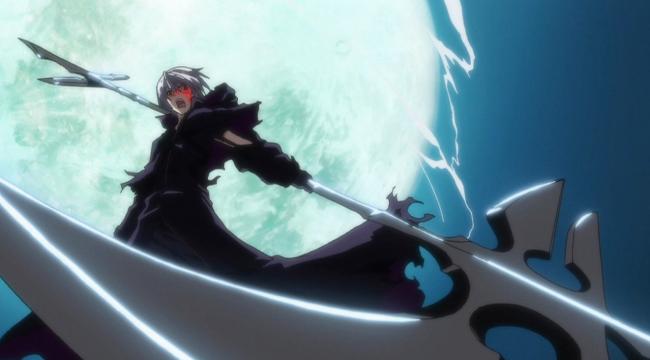 So just when I thought I seen everything Anime could throw at you in comes (Seikon no Qwaser) The Qwaser of Stigmata. So watching a current episode of Attack On Titan I noticed in the side section of the site I was watching the anime on a pic of another anime with a dude holding a scythe and thought hey let me write this down and ill check it out after this episode goes off. Thinking that it would most likely just be a fighting anime dealing with some death and supernatural things I was shocked as shit when I saw the first episode.
So you can understand the shock I was in lets just get to what the show is about. Qwasers are these beings that have special abilities to control certain elements. The main character Sasha has the ability to control iron. As the story evolves you get introduced to more Qwasers who each control a different element. This is what makes this anime interesting other than the part I’m about to explain. The different interactions and how they deal with each other when they fight depending on what element they control. Now the kicker they get their power from this liquid called Soma. Soma is basically without getting technical is breast milk. Yea you heard that right breast milk. So in the first episode when they get ready to fight you can guess my surprise when he popped out a titty of this girl and started sucking on it.  As the anime goes on in the episodes it gets more sexual with the titty sucking, to pussy rubbing, and bondage.


So one part of me is like this fucking show rocks!!! Then the other part is like damn son I’m not supposed to get turned on by fucking cartoons WTF. If you can get past the sexual shit the story is good and the interaction between the different Qwasers provides great action and entertainment.  Its like a rock, paper, scissors of the elemental chart.
You can find the anime here censored and uncensored. ﻿