Hello Can You Hear Me: Online Communication Then and Now 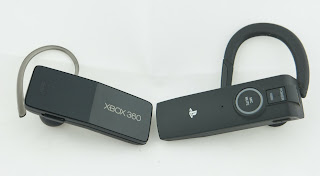 Once upon a time we thought how cool would it be if we could talk to our teammates while playing online? Being able to coordinate and just have fun like we did playing split screen. Being coop or adversarial, multiplayer is always more enjoyable when you can communicate. Console wise we started with the Sega DreamCast and its keyboard communication and then evolved to voice communication if my memory serves me right with the Sony Playstation 2 and Socom. You would think everything would be all good right? Well at first it was then as the generations evolved things started to change. While technology got better we stopped communicating. So what happen to make this happen is what I will in my perspective try to cover. 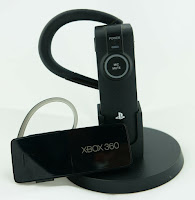 So in the beginning it was all good being able to communicate made online gaming so much more  fun in my opinion. It took games to another level. We got to coordinate strategies to take competing to different levels. Sometimes it was just being able to hang out with friends and laugh and joke around that made it fun as well. Being able to jump online and meet and talk to random people for me changed how I approach gaming. Being able to play with anyone at any time and talk to them as well extended the life of a lot of games that normally might not have had a long life span. So if everything is so good what went wrong? 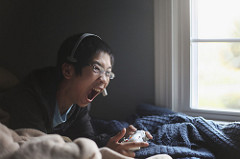 Back in those days the only complications that would pop up is mic quality, or if people had mics in general. Throughout the years mics would get better and and also cheaper. Not only this companies would start to package them in with the console. So you would think that everyone having access to mics would make things even better but this would turn out to be the opposite. It was great for a while till people started figuring out they could pretty much get away with saying anything they wanted. Then after that the kids caught on and then online gaming communication turned to a war zone of curse words, racial slurs, yelling, and comedy vs actual in game communication. This made things complicated and people opted to just not plug in mics.


Fast forward to know and you will rarely see people with their mics plugged in even though most systems come with a free one now. That's not to say nobody is communicating just know it's done in private chats with personal friends. So if you are not gaming with your friends your hope of communicating with random gamers is slim to none. The other issue that private chats bring up is the unfair advantage of still being able to communicate with teammates even after death. These issues make games that rely on communication suffer and just become the same old same old everyday thing. The mute feature in some games have offered a solution to this problem but most people find it easier just not to plug in the mic in the first place, or stick with private chats. So what can be done about this situation? Not much other than gamers willing to jump back in the shark's den and utilize features made to combat immature mic chatter. Hopefully in the future there might be some other options that devs can incorporate to combat this problem or we can just hope gamers mature. The latter being wishful thinking. So let me know what you think about the state of online communication and what possible solutions you may have for this growing issue that is hindering the advancement of online gaming.