So ever since I purchased the Elite controller for Xbox 1 I have been looking for a PS4 version. The only solution I thought I had was Scuff controllers but here at Pax South Cinch gaming has become the front runner for that PS4 counterpart. 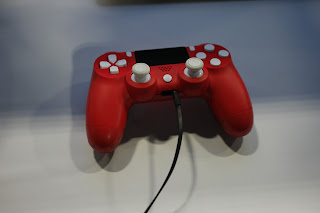 The Cinch controllers instead of paddles like the Elite and Scuff models uses small buttons on the back. This at first i thought would have turned me away but after trying it I can see how beneficial it is. You don’t have to worry about anything breaking and if you don’t need the extra buttons for a game they won’t be in the way. Unlike the scuff controller you can quickly customize your buttons without extra parts. 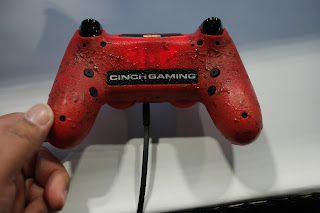 So if you are interested in a custom controller check out Cinchgaming.com Coming in the future they will have an app that will let you remap buttons from the phone, earn achievements, track inputs, and compare stats.
Posted by Jon Shaw at 7:00 AM