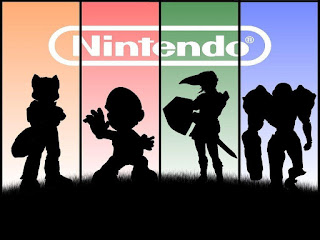 I personally think that Nintendo makes some of the best and some of the most entertaining games. But I feel like they don't have the options that the other consoles have. Even though you might say the offerings on Sony and Microsoft are the same the fact is they still have choice so whichever you choose you still have multiple choices. What are these choices that I am talking about? Multiple choices in each genre. Nintendo lacks in this department.
This is also why they need third party support despite what its loyal fan base may think. Right now the Nintendo community is divided on what they feel Nintendo should focus on. Some say they should keep doing what they are doing and not change, some say they only need to tap into more of their franchises, and others think they need to offer the same type of games the other two consoles have.  I feel that they need to do a combination of all three. They need to  keep doing what they are doing well, tap into more of their franchises and offer the same type of games the competition is offering. 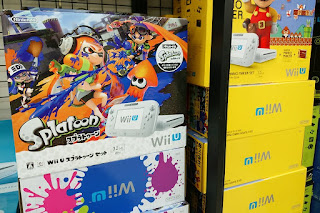 Some Nintendo loyalist don't want this because they think that will mean Nintendo can't continue  do what they do. I say Nintendo can still do what they do well but they need to cater to everyone. Nintendo fans have to stop this bratty child like attitude where they tell people if they want this type of game go play it on those consoles. This does not help Nintendo at all. Nintendo and its fans have to stop treating Nintendo systems as  a second console. Stop being that partnered console with one of the other two. Nintendo going forward needs to get people when they come into the store and say “hey I want this console over all the other offerings. I can get not only the same thing the other consoles offer but I can get  more in Nintendo exclusives as well.” When Nintendo comes out with the NX they need to convince people that their console is the best console to own. You can't do that with just exclusive titles because not everyone just plays exclusive titles. You also can't do that when you lack choices in genres. Right now Nintendo is that companion console to go alongside the other consoles and while that is ok it's not the mentality of an industry leader. So whether you're a happy fan or not you have to understand this is a business and Nintendo wants to be that industry leader. In order to do that they have to come out, outplay and out market the competition and show consumers they are the top dog. 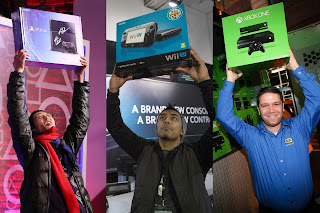