Sales Talk Should Matter To an Extent 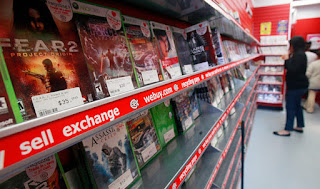 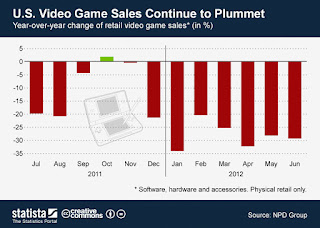 Sales for one can point to trends and problem areas a company may need to address. If they are doing poorly in one department and well in another that tells the company and investors what they need to focus on to keep the money rolling in. Because at the end of the day even though we hate to admit it the gaming industry is a business whose bottom line is to make money.

You might say sales don't affect how I game. While on one part you are right but on another you are wrong. Take for example everyone is always complaining about how games copy each other, or how they don't change and each year they keep releasing a sequel. This is because those games sell and new franchises are gambles that don't always pay out. Call of duty is a game that garners a lot of hate within the gaming industry but yet the sales numbers don't reflect that hate. So when you are Activision do you listen to the countless rants about the game or do you look at your sales numbers and see that you are making a profit? Activision being a business is going to look at the numbers and continue to do what has gotten them the numbers. 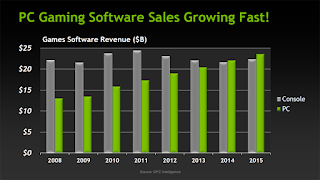 Now you take the sales numbers of let's say Playstation Vita or Wii u, while these may be enjoyable to its consumers they did not garner enough sales for developers to take the risk in developing games on these devices. When companies decide to make games they are looking at the sales of the platforms they are possibly going to develop on and if the possibility of return is high. The more systems in a home the higher possibility of profit.


Like I have said before sales don’t mean something is better that's subjective. But sales do show trends in what people are buying vs something else. Companies rely on these sales to see what they should focus on. Lets face it gamers tend to change their mind like the wind so that's not something a business will put money into. Now this doesn't mean you should focus your attention to sales or even base your purchasing decisions on sales numbers, it just means they do matter to an extent. So next time you look at the numbers take your personal feelings out of the thought process and see if you can see what the numbers are saying.
Posted by Jon Shaw at 8:00 AM